Tommy Mission has never done anything right in his life. At least not in the eyes of his brave and stoic adventurer father Bleak Mission, nor his eccentric and dramatic combat instructor Fighting J.C.. All he’s ever wanted is to be left alone with his larger-than-life girlfriend, Little Shadow. However, Tommy will soon discover that nothing in his life is ever easy, because everywhere he goes chaos follows, and his girlfriend Little Shadow is an Egyptian goddess being hunted down by none other than his father’s elite soldier organization, “The Adventure Kartel”. 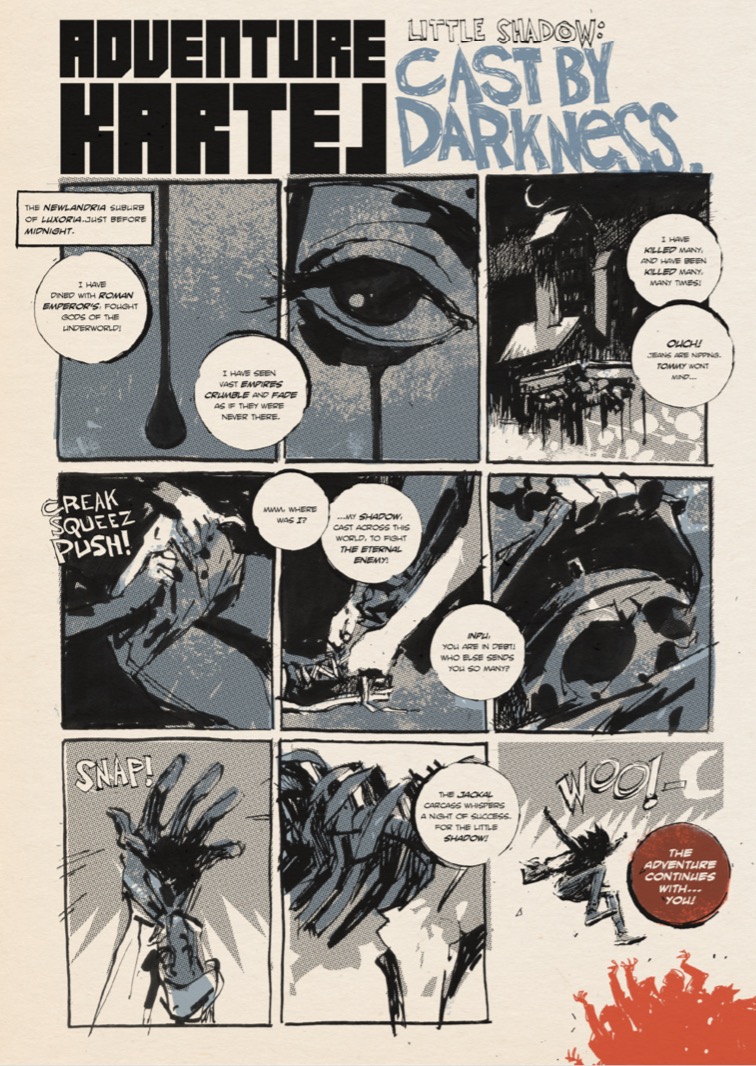